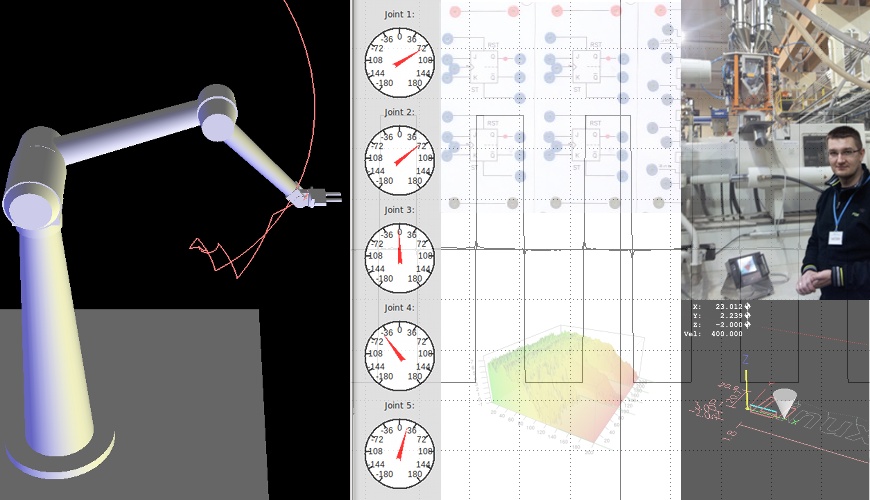 Exercises done on ARM based development board with example of Real-Time application (controlling real industrial process), which will be developed during the course, are to give you a strong technical understanding and confidence in the subject.

Emphasis is put on developing POSIX-RT based real-time applications using some modern Linux variants, in order to work out a universal and re-usable framework, for your future Real-Time Linux projects. In order to learn programming techniques, the software is verified with partial tests and latency measurements are done during the exercises.

Day. 1, Linux and Real-Time – the introduction

The applicable terminology will be defined and problems introduced. Participants will review their knowledge of Linux Kernel and userspace. Latency and other problematic variables will be measured. Eventually the general solution will be introduced (Real-Time patches or co-kernel).

Day 2. How to make Linux Real-Time?

This day is devoted to methods of minimizing and locking worst case latency in Linux kernel. Applications introduced there can be used on a standard, non-modified system, but only utilizing PREEMPT-RT will give them determinism. Parts of Linux, that after applying the patch, became real-time aware are discussed. Application design essential to achieve full determinism is also introduced. During hands-on exercises and workshop, the Embedded Linux-based industrial control application will be created, measured and tuned in order to achieve real-time determinism.

This part is devoted to another Linux real-time approach – utilizing the co-kernel design. Real-time applications created and discussed here, are being controlled by real-time co-kernel, that also virtualizes Linux kernel (which is used in non-critical parts of a process). Various aspects of such system are discussed here, the problems regarding real-time process to non-real time Linux based GUI are posed and solved.

Participants will gain knowledge, how to communicate from Linux Real-Time system to the outer world. Exercises include various standard measuring and control interfaces (RS232, GPIO, SPI, I2C and so on), as well as some specific ones: Analog Input-Output, CAN and so on. Industrial IO and Comedi framework for gathering data is also discussed and tested. In order to build distributed system, necessary network protocols and Real-Time network (Xenomai based) are also discussed, implemented, and tested.